Dr. Lenton joined York University in 2002 as Dean of the Atkinson Faculty of Liberal & Professional Studies, where she oversaw substantial enrolment and program diversification, as well as expanded experiential education and community-based learning. She went on to serve as York’s inaugural Vice-Provost Academic from 2009 to 2012, and then as the University’s Vice-President Academic & Provost from 2012 until April 2017. As Vice-President Academic and Provost, Dr. Lenton led a number of significant initiatives in the areas of academic planning, institutional change management, the alignment of academic priorities and resources and strategic enrolment and complement planning, including the drafting of the University’s Strategic Mandate Agreement and an Institutional Integrated Resource Plan.

A dedicated champion of community engagement and innovative partnerships, Dr. Lenton played an instrumental role in the creation of the York University-TD Community Engagement Centre and in expanding York’s institutional collaborations with other postsecondary education partners. As chair of the President’s Task Force on Community Engagement, she facilitated discussions with a broad range of constituencies, which culminated in a final report that has ensured the centrality of engagement as a defining feature of the University’s planning.

Before joining York, Dr. Lenton was an associate dean and professor at McMaster University. A sociologist by training, she earned her PhD from the University of Toronto in 1989. Her areas of teaching and research expertise include gender, family conflict, sexual harassment, research methods and, more recently, higher education. She has published peer-reviewed book chapters and articles in a broad array of academic journals. In 2019, she co-authored a landmark study of the Canadian Jewish community with colleagues from the University of Toronto and the Environics Institute for Survey Research.

In addition to her roles at York, Dr. Lenton serves on Universities Canada’s Board of Directors and its Research Committee, the Council of Ontario Universities (COU) Government and Community Relations Committee, and she is both Chair of the COU Relationships Committee and Co-Chair of the Ontario Council on Articulation and Transfer (ONCAT) Board of Directors. She previously served on the Executive of the Ontario Council of Academic Vice-Presidents and represented that Council on the eCampus Ontario Board and ONCAT. In recognition of her leadership and service as a senior executive in higher education, Dr. Lenton was named one of the top 100 most powerful women in Canada by the Women’s Executive Network (WXN) in 2015, and in 2016 received the Angela Hildyard Recognition Award for the continual demonstration of innovative leadership in advancing the mission of, and achieving outstanding contributions to, her institution and to higher education. 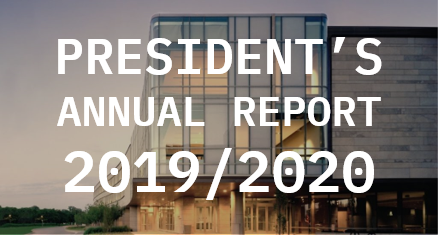